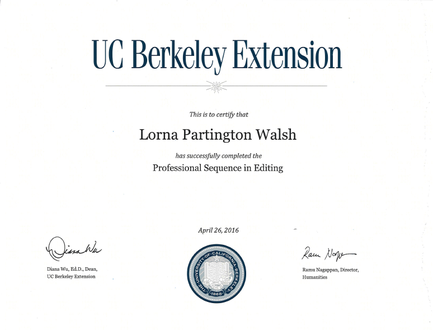 "Not only is Lorna Partington Walsh enhancing her creative writing by learning the ins and outs of editing, she's also helping other editors launch their careers in the field. Titled Embark Editorial Agency, Walsh's new venture matches newly trained copy editors with writers and nonprofits, providing real-world work experience. 'This was directly inspired by my time at Extension,' she explains."
The full interview can be read here.
​And the follow-up interview can be read here (March 1, 2017)
Copyright © 2019